Innovation and diversification go hand-in-hand toward the bottom-line sustainability of the Wood family’s mixed farming enterprise in NSW.

From their home base at Lilydale – a stone’s throw from Manildra Flour Mill – everyone in the family has a hand on the tiller in the business, started from scratch in 1973 by Grant and Carmen Wood.

“Having everyone involved in the business brings many different skills into the operation,” said the couple’s youngest son Alex – who with wife Kate, and brothers Luke with wife Belinda, and Angus with wife Andrea, take an intergenerational management approach to profit and efficiency.

Strong advocates for diversity within farming operations – particularly through disheartening dry seasons, as recently experienced – both Alex and Luke are also involved in agronomy contracting. 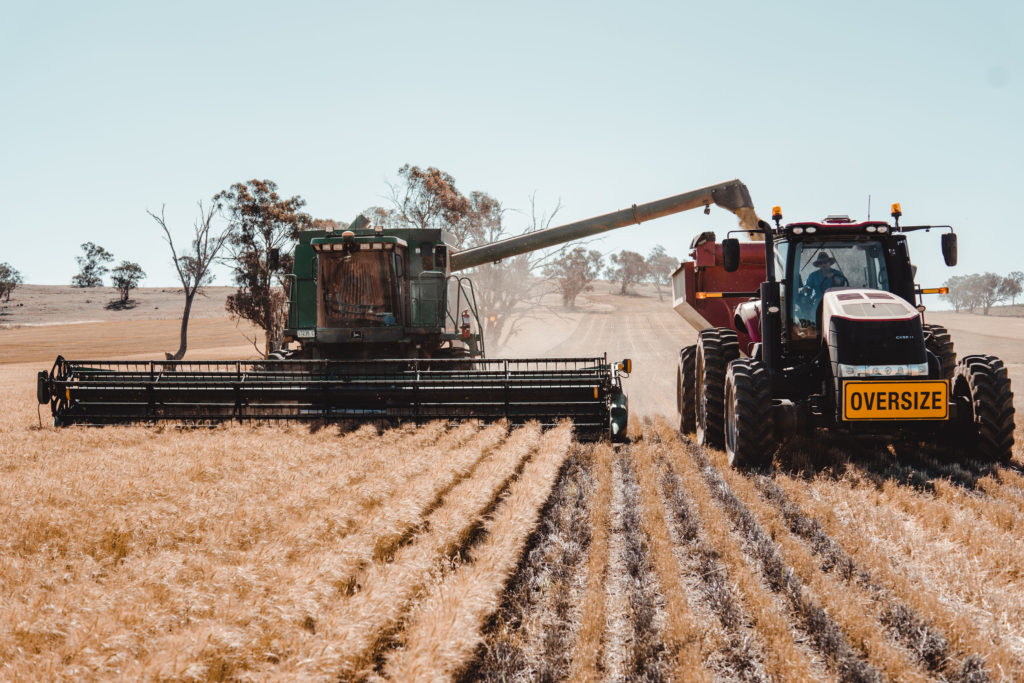 It was diversifying the family’s income stream off-farm that “forced us to look more closely at what drives profit in other agribusinesses,” Alex Wood told The Cultivator.

“Chasing big yields that cost you most of that yield is just increasing your risk for a diminishing return,” he said.

“Understanding what gives you the best return on investment, and what saves you on inputs while maintaining yield, are what drive profit. Some years that will involve pushing targets higher while other years, that will involve cutting costs.”

With fertiliser among their biggest input costs, Mr Wood said alternative ways of improving the properties’ fertility – such as legumes and other crops that increase soil organic matter– were “becoming rapidly of interest”.

He said while being flexible and realistic in yield targets was critical, “starting moisture in the soil profile has had a big influence” in their choice of crops and upfront input investment.

“We work more on what moisture we have stored in the soil; what the paddocks need agronomically,” he said.

“We also look at what feed we have for stock and adjust our dual-purpose crops to suit requirements for our livestock.

“Our crop diversity, combined with controlled traffic systems and zero till, have not just helped us stabilise yields and reduce costs, we’ve noticed an improvement in our soils’ organic matter – which has allowed us to catch and store more water for the crops, building more resilient cropping systems.”

Mr Wood said the refrain “if you do what you’ve always done, you’ll get what you’ve always got” was common in agriculture for good reason – but after two back-to-back bleak seasons, it was also worth considering when taking risks and trying new things, even with the smallest of decisions, he said. 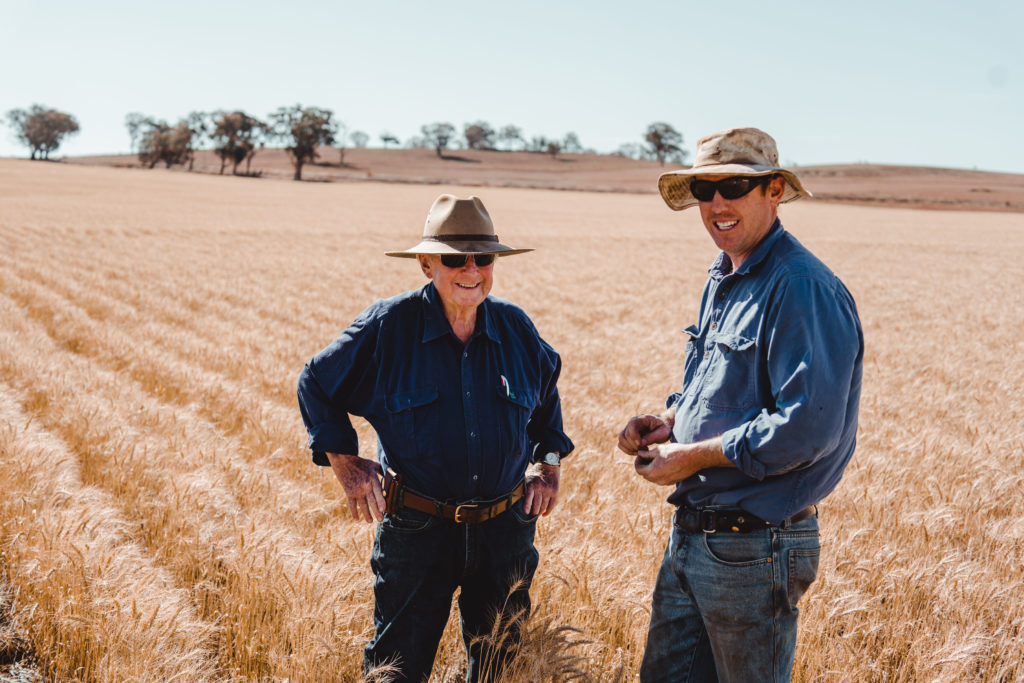 “With our crop rainfall significantly down on average, and with the lower yields in 2017, we worked out there should have been enough nitrogen left in the system for a dry season and decided to leave top-dressing of nitrogen on some of our wheat until later in the season. We also dropped some of the canola acres and planted more grazing crops to help the livestock side of the operation.”

Mr Wood said while fertiliser rates had become more flexible and targeted at seasonal conditions or yield potential, the aim was to produce the high-protein wheat desired by end-users.

“And considering the season we’ve had, we were very lucky our wheat was in the top two grades,” he said.

“Being able to produce high-protein, high-quality wheat for Manildra Group – and the price that it demands – have been a great asset to our business. We are always keen to sell to Manildra Group as they are after local wheat and chasing quality wheat at harvest.

“Obviously having a local end-user literally a stone’s throw away also has its advantages with freight.

“Manildra Group is also an integral part of the local community, employing many local people and keeping the Manildra township vibrant and prosperous.

“As a family business, they are more in touch with what matters – keeping jobs and money in rural Australia – not just dumping our wheat into boats to send overseas instead of value-adding to keep profits here at home.”

While involvement with enterprises beyond their own has been a valuable resource for the Wood family, understanding the dynamics of their own operation and being willing to adopt new technology have also helped boost the bottom line.

“Investment in GPS technology has quickly paid for itself,” said Mr Wood.

“With our topography, we’ve changed from round-and-round-type farming to up-and-back tramlines, which has reduced many of the areas sown by up to 10 per cent.

“Slow-moving autonomous optical sprayers are also of interest, saving labour and inputs – perhaps sharing them among other businesses would also be beneficial in cost efficiencies.”

But while efficiency was “very important”, said Mr Wood, “don’t ever compromise the effectiveness of the job for it”.

“Efficiency can be tricky to understand. If you take spraying, for example, speed can contribute to good efficiency in more acres covered but if the job isn’t done properly, then the efficiency of time saved can be lost in the ineffective job done.” 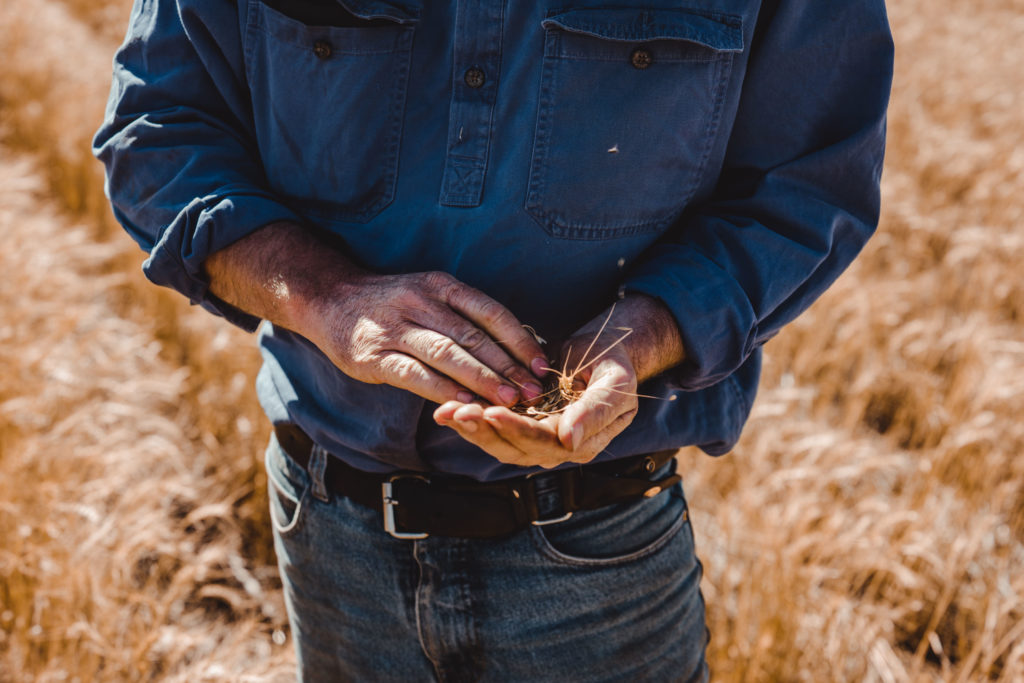 Meanwhile, the Woods continue to make the most of family time that three generations are able to share together at home on their farm.

“I also enjoy walking through our crops and looking at the soil and how the paddocks change and come to life after rain events,” said Mr Wood. “I really get a kick out watching the crops develop in the different seasons, and seeing the change in our soils over the years. With the improvements we see from the changes in the farming practices, the soils appear to be more alive.”