When it comes to playing the long game in agriculture, Jonathon Drady reckons it comes down to a combination of luck, good and bad – like getting a chance to implement lessons learned.

“Probably Dad’s saying, ‘Don’t throw your raffle tickets out yet’ – meaning hang in there, you’re still in with a chance,” said the Central West NSW farmer of some of the best advice he’s had.

“I reckon it’s a darn good saying – particularly in agriculture – as it points to the fact that we need some luck along the way. Despite putting in a valiant effort, we need a few things to go our way, like weather, pests and markets.”

Mr Drady fully took over the reins on the family properties between Bedgerabong and Eugowra, around Forbes, after the sudden death of his father Dominic in July 2012. 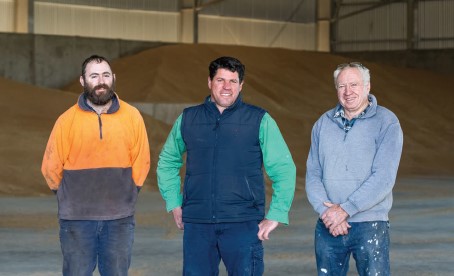 “I am forever grateful that I have been afforded such an opportunity by my family,” he said of their wheat, canola and chickpea cropping enterprise, over about 2700ha, and home with wife Kellie and children Emily, 7, Samuel, 5, and Phoebe, 2.

“I guess we’re not the typical farming family in that both Mum and Dad were career schoolteachers who had purchased a farm with my grandfather, Ken Drady.

“This was also Ken’s first farm after a career of being a shearing contractor – he was to be the farm manager. Ken passed away suddenly – much like my father did – leaving Mum and Dad without a business partner-farm manager and more debt in a high-interest rate era.

“Mum and Dad just kept teaching to meet their repayments, and the farm bumbled along and made the odd dollar here and there.

“It’s pretty amazing as to what they managed to amass in their time – though there were plenty of personal sacrifices along the way. What they achieved is a continual motivator for me.”

Mr Drady said the return of rainfall had definitely been the biggest contributor to profitability in the past eight years – but the seasons were impossible to predict.

“The years preceding 2010 back to 2002, they were pretty tough and we sure learnt a lot of lessons… though we had to wait for the seasons to turn to implement those lessons,” he said.

“Our focus has been on making the best investment for the highest likely return with the lowest risk – whether it is a capital investment or variable input cost.

“There is the law of diminishing returns but also the Liebig’s barrel law of the minimum – ideally, we try to get inputs balanced with the season, knowing that we will rarely get it right.” 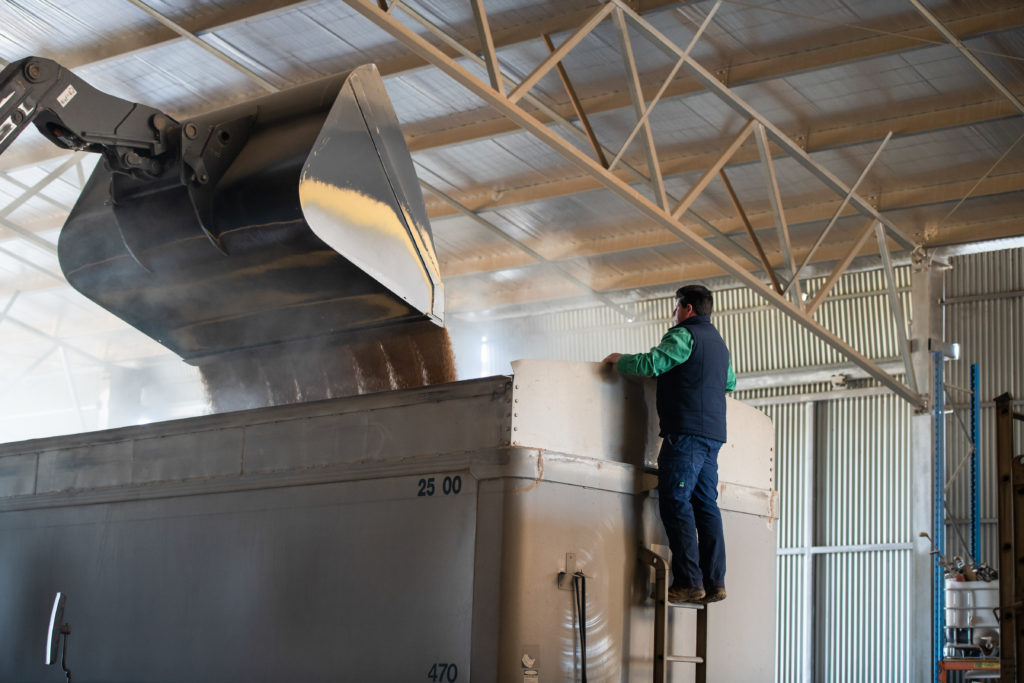 Mr Drady said phosphorous was applied at roughly the same rate every year, while nitrogen rates were  adjusted to the season or stage of crop rotation, with 80 per cent top-dressed post-planting.

“This approach just keeps sowing quick and simple, so we can get the crops in on time,” he said. “Since the seasons improved in 2010 – and hence the cashflow – we have ameliorated all our soils with a mix of lime and gypsum. I believe the importance of having an ideal soil pH and soil cation balance can be somewhat underrated, as the investment doesn’t have the immediate visual impact of some other inputs.”

Future plans for improved efficiencies include targeting low-yield parts of the paddock for cost cuts when technology-driven precision agriculture (also known as satellite farming) is “ironed out a bit more”.

And while driverless tractors “sound great and will gradually take over, I guess”, the Dradys full controlled traffic management system has already reduced damage to soils from machinery.

“I think the controlled traffic has certainly paid off, with less compaction in crop-growing soils and a little bit of reduced driver fatigue and fuel usage, too,” said Mr Drady.

“We keep things pretty simple with ground drive and blanket rates, and we maintain our equipment the best we can to keep it reliable for timely operations well into the future.

“The no-till system has also contributed enormously to other environmental outcomes – stubble retention has improved water infiltration, reduced soil erosion from wind and water, and also reduced turbidity levels in any run-off.”

Installing a 16kW solar system on a farm shed had also proved a great return on investment for their situation, he said.

“I was surprised when I sat down and did the maths with solar sparky Matt Hatty from Ganmain – it should repay its capital cost after five years (and) checking the bills in the 18 months post-install, that’s probably going to be pretty accurate.

“It’s actually one of those rare cases where the return on investment was such a stand-out, it was a no-brainer to have it installed.”

Despite having no full-time employees, the Dradys “have a pool of awesome casual workers who are all great people as well as great workers.”

“We sure are lucky to have such a crew who we can call upon to rally for the busy times such as sowing and harvest – they help out no end.”

Meanwhile, in his downtime, Mr Drady said reading The Cultivator magazine for Manildra Group partners had “raised many an eyebrow” about the range of products made using his 100 per cent Australian, GMO-free grain.

He said it was important, as a local supplier to Manildra Group, that the two family-owned companies fit philosophically, in that “we supply to a family company that is based locally, employs people in our region, pays taxes in our country and reinvests in our region.”

“It also provides us with a local market that we  can segregate and store our grain on-farm, then blend our grain to meet Manildra’s specifications and market at our target price,” said Mr Drady.

For a young person entering into cropping and considering efficiencies, Mr Drady said it remained to “do the little things right and the big things will take care of themselve.”

“Feel your numbers, get your plan sorted, then get on with it. It’s not all about knowing what to do, though – it’s as much about getting on and doing what you know.

“The importance of timely operations cannot be overstated. Continually try to find out what works well for others, then see if and how it could suit your own operation – just because it works for their business, it may not work for yours.”

Other aphorisms Mr Drady has found useful along the way include:

“Things on the land sure can get tough, as most know in this present drought – but hopefully the seasons soon turn, so that we all can get on with it with some sense of certainty and prosperity for regional farming communities.”