As Australia’s largest producer of chocolate honeycomb, bringing back home production of the Violet Crumble – the nation’s oldest chocolate bar – was a natural fit for Robern Menz.

Led by four generations of the Sims family since 1908, Robern Menz has grown to become one of the nation’s largest Australian-owned manufacturers of confectionery and distinctively Australian treats, such as the Crown Mints made in Adelaide since 1892, and the FruChocs range since 1948.

Today employing more than 90 staff, led by brothers Phil Sims (Chief Executive Officer) and Richard Sims (General Manager of Operations), the family business maintains a close focus on home-grown and made quality, with an eye towards further product extensions and expanded distribution. “We are so proud of the sustainability and transition, from generation to generation, for more than a century of family ownership,” said Phil Sims of the confectioner inducted into the Food South Australia Hall of Fame in 2013.

“Our loyal staff, with us throughout the journey, have been instrumental in building a food manufacturing business on strong brands such as FruChocs, Crown Mints and now, Violet Crumble.” 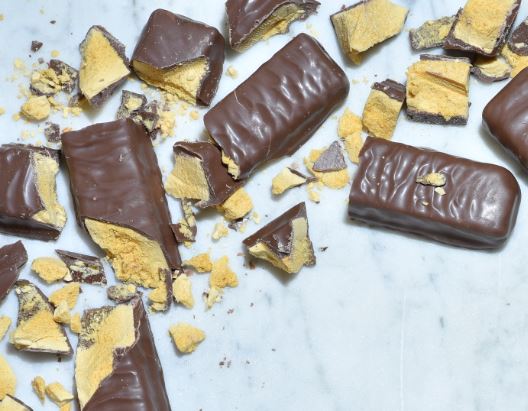 In a triumphant return to Australia, the iconic Violet Crumble – created in 1913 in Melbourne by the Hoadley family – was acquired from Nestle in January 2018, with a plan to “breathe new life into the brand without changing its century-old recipe or distinctive purple and gold branding”.

Robern Menz now makes more than six million Violet Crumbles a year – following a $4 million upgrade to the state-of-the-art Glynde factory to expand the chocolate bar and honeycomb production line to 180 metres in length – alongside a range of high-quality fruit-based products, including Robern Delightfuls.

“We’re so proud to be able to employ Australians and support our communities through our manufacturing base locally,” said Richard Sims.

“As an official icon of the state, our Menz FruChocs (apricot and peach centres covered in milk chocolate) is such a great brand story in South Australia – and it’s important for us to stay true to our brands’ core values while continuing to innovate and build relevance.”

“Australia is our main market and where we operate our business, so we rely on Australian farms and suppliers for most of our ingredients.”

Sharing that commitment to local industries and communities is Australian family-owned business Manildra Group, preferred supplier of locally produced ingredients (such as glucose and dry and liquid sugars) used to make the range of Menz confectionery and Robern fruit snacks.

“The Sims family’s approach is their commitment to Australia first, then take on the world – which is right at the heart of Manildra Group’s philosophy, too,” said Mr Honan. 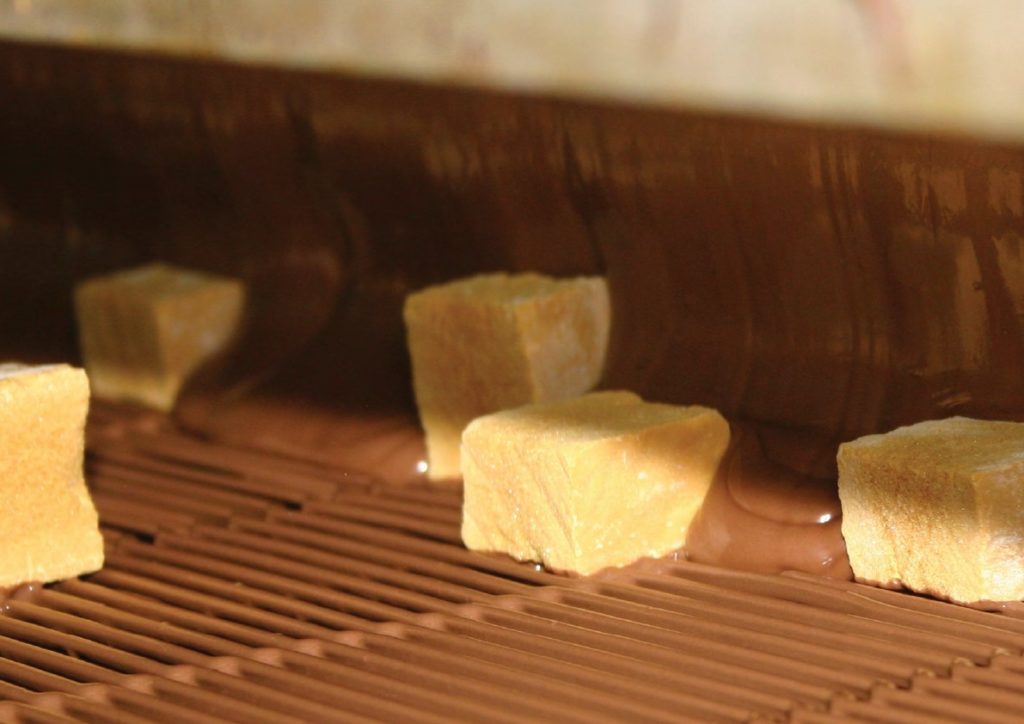 Phil Sims said Robern Menz customers expected the company to support and use Australian-grown and made ingredients.

“The reliability of supply and quality of these ingredients is vital, and Manildra Group has been a long-term valued partner of Robern Menz,” he said.

“Australians prefer us to support Australian-grown and made products, and have a strong desire to understand the provenance of what they consume.

“Supply chain partnerships will be critical to the future of Robern Menz’s growth, including the ability to take advantage of emerging challenges and opportunities. Manildra Group will be a key part of this and we look forward to continuing this relationship well into the future.”

With three retail stores in South Australia, The FruChocs Shops provide Robern Menz a critical direct link to customers, with the opportunity to trial new products and establish a presence in regional communities.

To support the plan for market expansion in Australia, and the high demand for Robern Menz products internationally, Phil Sims said there were substantial opportunities to build the business into some exciting markets.

“With 320 million people, the United States market is a key buyer of Violet Crumble and Menz chocolate products, and with many other markets in Asia providing great prospects, we’re poised for future expansion,” he said.