Beyond the Black Stump at Merriwagga – an iconic area of Australian pioneering history on the Kidman Way in the NSW northern Riverina – lies the 7000ha Belmore dryland cropping enterprise.

Operated by the Shaw family since 1967, with husband and wife Allana and Mitch at the helm, Belmore has been supplying high-protein wheat to the all-Australian, family-owned Manildra Group for more than a decade.

With average rainfall of 350mm, the Shaws are well-versed at dealing with dry spells.

“Unfortunately we had very little rain right through the growing season until late September and October, which was too late.

“When it came to harvest, we harvested everything we had – with yields ranging from one tonne a hectare down to 200kg.”

But while last year’s yield was disappointing, Mr Shaw acknowledged that supply and demand in the dry conditions had also pushed grain prices up. 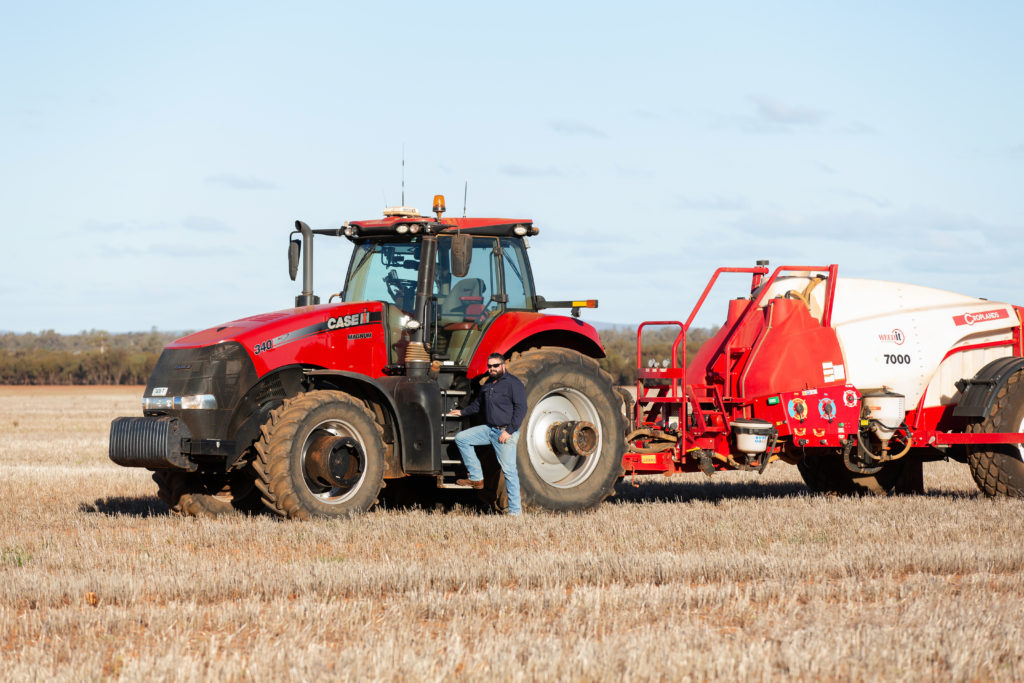 So the lower harvest “went a pretty long way” and – if the dry weather continues – the Belmore enterprise could be a similar situation this season.

This year, Mr Shaw has planted about 4600ha into largely wheat combined with barley, lupins and vetch.

“Our rainfall for this year is only marginally down,” Mr Shaw said.

“We have been in a lucky area, with the crops in the ground at the right time, receiving good sowing rains.

“Our biggest management practice is moisture conservation and fallow farming so we can try and save every drop of rain we are fortunate to receive” – Mitch Shaw, northern Riverina farmer

“So we will have to wait and see how spring treats us but it’s looking quite good at the moment.”

At the mercy of variable rainfall patterns, Mr Shaw’s 20 years of on-farm experience – 15 of those alongside his accomplished father Ian Shaw – have been instrumental in navigating the seasons. 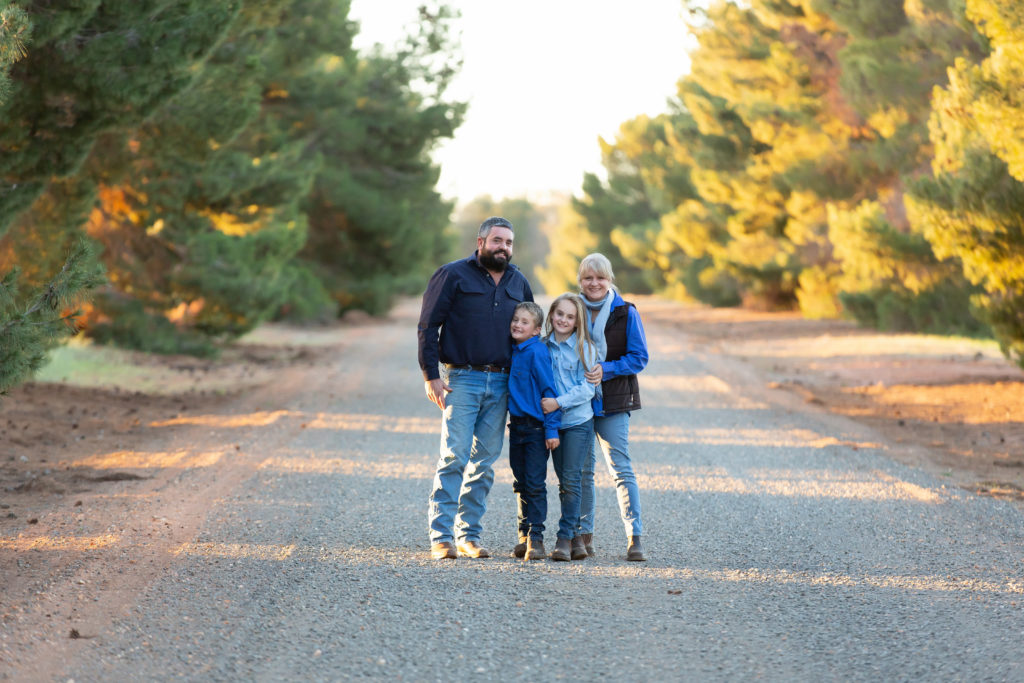 “Our biggest management practice is moisture conservation and fallow farming so we can try  and save every drop of rain we are fortunate to receive,” he said.

“I try to have about 35 per cent of the farm left out to fallow and it gets sprayed and kept clean for nearly 18 months.”

While the optimistic Mr Shaw believes it’s unclear what lays ahead for both Belmore and the agricultural industry in the next five years, he remains confident their family enterprise is well-placed to respond to whatever is thrown their way.

“Who knows, when you are relying on such variable weather conditions and the grain market?”

Meanwhile, he continues to look to improve yields and cut costs across the enterprise.

“The main thing we have done here is building on-farm grain storage, and it has really paid off,” he said.

“As well as being incredibly convenient at harvest time, it allows us to have greater control over planning and transport.”

They also invested in a WEED-IT sprayer last year, which Mr Shaw said was “great over summer” and currently in use again on the fallows.

“It allows us to be accurate, using elimination technology to detect weeds,” he said.

“By only spraying weeds, we have cut chemical use by around 40 per cent, significantly cutting down on the input costs as well.”

Mr Shaw described Manildra Group as also “a very important figure in my business for marketing any of our high-protein wheat”.

The partnership has proved mutually valuable, said Manildra Group Grain Buyer Peter Sloan, who has purchased wheat from the Shaw family since starting at Manildra more than 12 years ago.

“It’s been great seeing a young farmer such as Mitch establish himself in the region and make a real go of it” – Peter Sloan, Manildra Group Grain Buyer

“Mitch does a great job storing the wheat and taking care of it until we call for delivery – he even delivers the grain when required,” said Mr Sloan.

“This region is a stable wheat-producing area and a key drawing zone for the Manildra Group Narrandera Mill.”

“Typically, we see the area produce H2/APW1 quality but they also reach the higher protein grades.”

“It’s been great seeing a young farmer such as Mitch establish himself in the region and make a real go of it.”

While rain was Mr Shaw’s initial response when asked what made him happy, he quickly spoke of his thriving family as his real driving force. 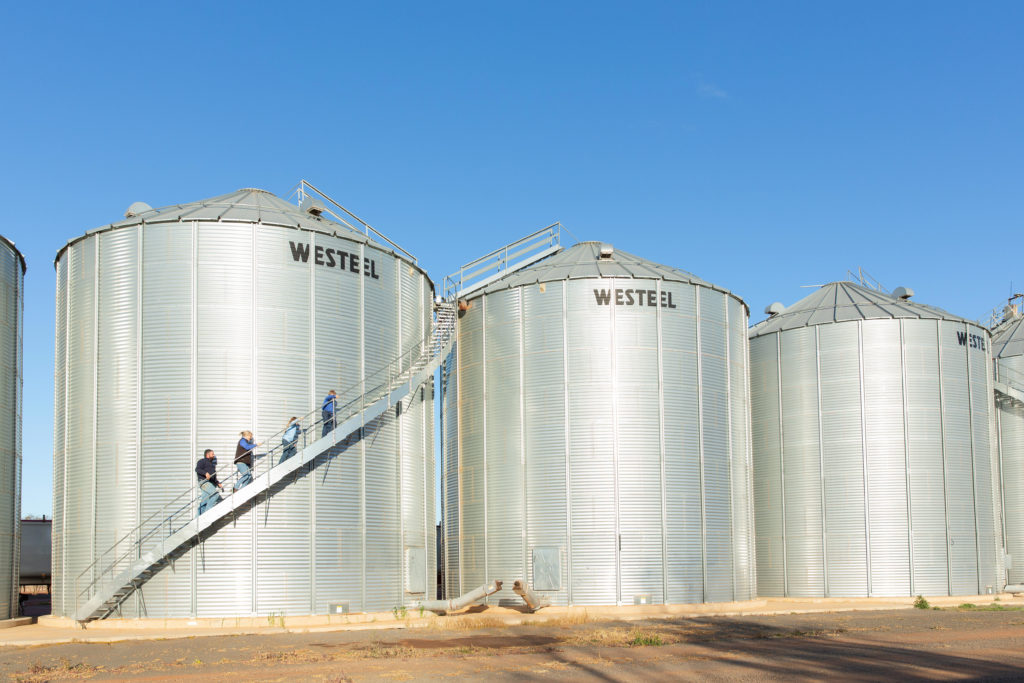 “Watching my children Jewel, 10, and Austin, 8, grow up on the land is incredibly rewarding,” said Mr Shaw.

“My wife Allana is originally from Canberra and has certainly embraced the rural lifestyle.”

“As an active mum, she is president of the Goolgowi Public School Parents and Citizens Association and fill-in teacher’s aid when required.”

Being an active participant in local regional communities is important for landholders across Australia – including the Shaw family, whose nearest major centre is 75km away at Griffith.

There, both children participate in swimming – along with dancing for Jewel and football for Austin – most afternoons under the coordination of Mrs Shaw.

Family at Heart of Farm Life on Belmore